Christian Belief versus the lie of Pantheistic Evolution

Christian Belief 2 Section One through Five

Ever since Darwin, the concept of natural selection has dominated evolutionary thought, providing a "naturalistic" explanation for the origin of species, and thus (as Julian Huxley used to say) eliminating the need for God. In recent years, however, there has been a strong reaction against Darwinian evolution in many places. Unfortunately, the change has not caused these scientists to return to creationism, but instead, to pre-Darwinian evolutionism. That is, they are abandoning atheistic evolution and returning to pantheistic evolution. In fact, this is the pseudo-scientific rationale underlying the so-called New Age Movement which is sweeping over the world today.
Evolution in Antiquity
Evolutionism is not a modern scientific theory at all, but is as old as human rebellion against the Creator.

In fact, the belief that life had its origins in a single basic substance is so widespread among the various peoples of the world, primitive or civilized, that it can be considered one of the few universal themes in the history of ideas.[1]

That "basic substance" out of which all things have evolved is said to have been the primeval watery chaos which had existed from eternity. From this evolved the gods and goddesses who produced everything else. This universal belief of antiquity is not just primitive mythology, of course.

But these deities are . . . actually personifications of Nature and their activities, predictable and unpredictable, determine what life will be like on Earth.[2]

Dr. Stanley Jaki, with doctorates in both physics and theology and author of 32 books, confirms the universality of ancient pagan evolutionism:

All of these ancients were pagan. The essence of paganism, old and new, is that the universe is eternal, that its motions are without beginning and without end. Belief in creation out of nothing is the very opposite of paganism.[3]

As far as the post-Flood world is concerned, this pagan evolutionism originated in ancient Babylon, in the land of Sumer, but then spread around the world with the dispersion, as described in Genesis 11. It came to full flower in Greece, especially through the writings of Homer and Hesiod.
The earth itself was known as the mother of all living things. The Greek goddess of the earth, Gaia (with equivalent names in other ethnic religions), soon became recognized as "Mother Earth" or "Mother Nature."

How did we reach our present secular humanist world? In times that are ancient by human measure, as far back as the earliest artifacts can be found, it seems that the Earth was worshipped as a goddess and believed to be alive. The myth of the great Mother is part of most early religions.[4]

Lovelock and other leading Gaians do not think of Gaia as a real woman living on Mount Olympus or somewhere, but as a living, intelligent "being" comprising the earth and all its evolving organisms and other systems.
Another distinguished scientist advocating evolutionary pantheism is Rupert Sheldrake with a Ph.D. from Cambridge University, and later director of studies in cell biology there.

But today, with the rise of the green movement, Mother Nature is reasserting herself, whether we like it or not. In particular, the acknowledgment that our planet is a living organisms, Gaia, Mother Earth, strikes a responsive chord in millions of people.[6]

As Dr. Sheldrake indicates, the modern "green movement," which is rapidly growing all over the world, is largely committed to this concept of pantheistic evolution. In fact, the environmental activists in politics, both local and national, are strongly influenced by such ideas.

Lovelock's musings have had two consequences. They have inspired a quasi-political movement based in London, complete with a publishing arm, that now includes thousands of adherents throughout the U.S. and Western Europe. Indeed, Gaia has almost become the official ideology of "Green" parties in Europe: it appeals naturally to scientifically innocent individuals who worry about the environment.[7]

This theme is being continually emphasized in public school classrooms today and, with the recent election results, is almost certain to become a major theme in the new federal administration. This is a reasonable assumption based on the selection of a vice president whose best-selling 1992 book, "Earth in the Balance: Ecology and the Human Spirit" is so passionately devoted to such concepts.
The worship of "Mother Earth" is also becoming prominent in some aspects of the modern feminist movement. The more radical feminists, in fact, are replacing God with "The Goddess," even holding worship services in "her" name. In fact, Vice-President-Elect Al Gore, on page 260 of his book, cites with approval the statement that "the prevailing ideology of belief in prehistoric Europe and much of the world was based on the worship of a single earth goddess," lamenting the fact that "organized goddess worship was eliminated by Christianity."
Cosmic Pantheism
In fact, the idea of pantheistic evolution is not even limited to that of Earth and its systems. Modern New Agers embrace the whole universe in some form of conscious cosmic evolution. The famous astronomer Fred Hoyle, in fact, has written an entire book entitled, "The Intelligent Universe" (London: Michael Joseph Co., 1983), rejecting terrestrial Darwin-type evolution in favor of cosmic pantheistic evolution. Another British astronomer and physicist, Paul Davies, thinks that modern notions of "order from chaos" somehow prove that the "creative cosmos" has created itself.

In recent years, more scientists have come to recognize that matter and energy possess an innate ability to self-organize.[8]

Then, continuing, he proves this merely by citing:

...the astonishing ability of an embryo to develop from a single strand of DNA, via an exquisitely well-organized sequence of formative steps, into an exceedingly complex organism.[8]

Dr. Davies neglects to explain, however, just how the DNA was ever programmed to do this. Perhaps Mother Nature did it! In any case, this is exactly what more and more scientists believe today.

All nature is evolutionary. The cosmos is like a great developing organism, and evolutionary creativity is inherent in nature herself.[9]

But that is not all.

The universe as a whole is a developing organism, and so are the galaxies, solar systems, and biospheres within it, including the earth.[10]

It is not possible in our limited space to discuss this further, but the fact is that there is no more scientific proof (or even real evidence) for pantheistic evolution than for atheistic evolution. Evolution in any form is nothing but "cunningly devised fables" and "science falsely so-called."[11]
As the Catholic physicist, Dr. Wolfgang Smith has said:

The point, however, is that the doctrine of evolution has swept the world, not on the strength of its scientific merits, but precisely in its capacity as a Gnostic myth. It affirms, in effect, that living beings created themselves, which is, in essence, a metaphysical claim.... Thus, in the final analysis, evolutionism is in truth a metaphysical doctrine decked out in scientific garb.[12]

Evolution in the Last Days
Just as pantheistic evolution served as the world's religion in the early days, so it will do again in the last days. The New Age is really nothing but a revival in modern garb of the Old Age—that is, the first age after the Flood, when King Nimrod led the world in a united rebellion against the Creator. [13] And just as all the groups in the wide spectrum of New Age beliefs are founded upon a base of pantheistic evolutionism, so all have as their ultimate goal, just as Nimrod did, the development of a global system of government, culture, finance, and religion. The United Nations Organization is currently the focus of these plans, but it will eventually "evolve" into a much stronger international government in which all "the kings of the earth (will) set themselves, and the rulers take counsel together, against the LORD, and against His [Christ], saying, Let us break their bands asunder, and cast away their cords from us" (Psalm 2:2,3).
To accomplish this, they must first teach men once again (as they did in ancient time) to change "the glory of the incorruptible God into an image made like to corruptible man," and then to "[worship] and [serve] the creature more than the Creator" (Romans 1:23,25). As Robert Muller, former Assistant Secretary General of the United Nations (presumably speaking on behalf of that organization) has said:

I believe the most fundamental thing we can do today is to believe in evolution.[14]

Now, if the most fundamental thing that New Agers (as well as the older style secular humanists and social Darwinists) can do to bring about such a world system is to believe in evolution, that means the most effective thing the remnant of believers in God and His Word can do to offset this is to believe and teach a soundly Biblical and scientific creationism. This must include the great truth that the Creator has now also become the Lamb of God, our sin-forgiving Savior, and soon will return as eternal King.
In that day, "These shall make war with the Lamb, and the Lamb shall overcome them: for He is Lord of lords, and King of kings" (Revelation 17:14).


* Dr. Henry M. Morris is Founder and President Emeritus of the Institute for Creation Research.

_________________________
See:
God and His Messiah Jesus Christ our Lord - our right and duty to witness to Him: Allah subhanahu wa ta’ala through ‘Isa al-Maseeh in the Holy Spirit - Ruach Elohim, kannawn anawim Kyrie elieson Lord have mercy
Tech_Journal: God is true - evilution is false - there was a world wide flood


Just as the flood came in response to sin, depravity and unbelief - so will the just judgement of God come at the end of the eschaton upon all men and the righteous condemnation of God upon all who have followed the evil one and not repented; those who reject God and His Christ, Jesus, and instead choose the Antichrist and Satan are damned forever - The Truth: The coming of the Antichrist, ad-Dajjal - At His Second Coming, Parousia – Nuzul i Isa-Qiyamah, Christ will return and raise and judge all men that have ever existed.

Currently, the Global Government of the Antichrist is coming into its short existence before its absolute destruction by God forever.
Parousia of Jesus Christ Our Lord: God and His Messiah Jesus Christ our right duty to witness to Him: Sowing the Seeds of Global Government: Vatican’s Quest World Political Authority
The Justice of God: Parousia
The Final Trial

Posted by SntMartyr at 9:15 PM

Email ThisBlogThis!Share to TwitterShare to FacebookShare to Pinterest
Labels: Creator, evolution, Giants, Lamb of God, nephilim, Noe is commanded to build the ark, on the earth with the souls of demons, Pantheistic Evolution, The giants and man's sin is the cause of the deluge 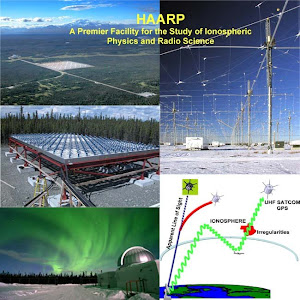